What is Kojic Acid?

Products containing Kojic Acid are becoming increasingly  popular within, the skin bleaching and whitening community.  It is possible to find Kojic based products such as Kojic Soap, gels, peels, or creams for the bleaching or whitening of the face, and body. Kojic acid is considered to be as effective as hydroquinone in skin whitening and bleaching formulations, a harmful substance banned in Europe, so what is kojic acid and why is it so effective? 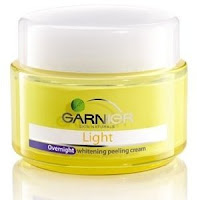 Those of us, who want to whiten or bleach the skin, are more concerned about purchasing a product to achieve our aims, quickly and effectively than the additives it contains. We may or may not understand that products containing hydroquinone, steroids, or mercury are to be avoided at all costs, but what do we know about Kojic acid, which is said to be as effective as hydroquinone in skin whitening and bleaching formulations.

Kojic acid is derived from the Kogi fungus commonly found in Asia. This acid is a by product in the fermentation process used to make a Japanese rice wine called sake.’ It possesses antioxidant, antibacterial, and anti fungal properties, and is widely consumed in Japan for its perceived health benefits. There are various skin products that contain kojic acid for topical application such as skin lightening facial peels, gels, night creams, serums, and soaps.

This ingredient is used in skin lightening products because if its ability to actively suppress melanin production in the skin.  So Kojic acid negates this process by actively reducing melanin production on the top layer of the skin. Because of its tendency to turn brown when exposed to air or sunlight, cosmetic companies have opted for a strain called kojic dipalmitate, which is proven to be more stable, but less effective than the acid.

Kojic acid is also considered to be the foremost substitute for hydroquinone in respect of its effectiveness in the skin lightening process. Some companies have used the acid in conjunction with hydroquinone and glycolic acid in safer quantities of 2% and below, and it has been reported that this combination has proved an effective treatment for Melasma, chloasma and other hyperpigmentation disorders.

Kojic acid has also been commonly prepared with Vitamin C, an effective natural skin whitener. Some researchers have argued that though kojic acid is not toxic, it can cause contact dermatitis, an allergic reaction to a substance that may manifest in rashes or even blisters on the skin. It is important to note that there are alternatives to chemically based skin whitening or bleaching. There are home-made recipes and products formulated with 100% natural ingredients and so the issue of side effects generally are eliminated.

« Which Product for My Skin Color?
Black Skin – The Risks of Hydroquinone Bleaching »